We’re hiring! For consideration, contact us at SFMintJobs@usmint.treas.gov or search for open positions on USAJobs. 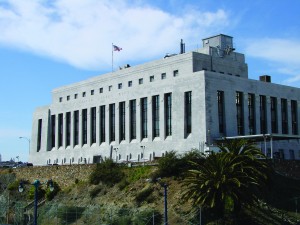 The United States Mint at San Francisco plays an important role in our nation’s coinage.

Although it does not currently produce circulating coins, it mints:

The San Francisco Mint is not open to the public. Explore the videos and history timeline below to learn about the facility.

Watch one of the videos below or check out our YouTube playlist.

History of the San Francisco Mint

The timeline below includes this facility’s important moments. Learn more about where the San Francisco Mint fits in the Mint’s story, at History of the U.S. Mint.

The California Gold Rush begins, following the discovery of gold the previous year. Thousands of people pour into the state.

The gold is shipped to the Philadelphia Mint to produce coins, a long and dangerous journey.

April 3 - The San Francisco Mint opens to accept deposits from miners. It produces $4,084,207 in gold coins in the first year.

San Francisco's "S" mint mark is the oldest mint mark still in use by the U.S. Mint.

November - The Mint outgrows its small building and moves to a larger facility at 5th and Mission Streets. The building resembles an ancient Greek temple.

San Francisco is hit by an earthquake that devastates the city. The Mint building, with its solid construction, survives the earthquake and ensuing fire with only damage to its gas works, which halts coin production for a time.

The Mint is the only financial institution capable of operating immediately after the disaster and becomes the treasury for disaster relief funds, performing other emergency banking services as well.

Coining resumes after the gas works are reconstructed.

The San Francisco Mint moves to its third, and current, location.

The old San Francisco Mint building is designated a National Historic Landmark. It is one of the best surviving examples of Federal classical revival architecture in the country.

September - The Coinage Act of 1965 allows the San Francisco Assay Office to produce coins. It starts making pennies in September.

The restoration of the old San Francisco Mint, known as the "Granite Lady," begins. The basement and first floor open to the public as a museum from 1973 to 1994.

San Francisco regains its status as a Mint.

Installation finishes on a robotics loop that triples the speed of proof coin set packaging.