The U.S. Mint has produced coins for this nation for over 225 years. Coin production evolved from slow horse- and man-powered machinery to fast computer-controlled machines. Explore the history of coin production and how the process changed through the years.

Coinage at the First Mint

When the U.S. Mint first opened in 1793, coin production was a very physical, slow, and imprecise process. The first Mint in Philadelphia consisted of a three-story brick building along with a series of smaller buildings housing crude horse- and man-powered machinery. The Mint lacked experience designing and engraving coins, and coin production got off to a slow start.

The Coinage Act of 1792 authorized the Mint to produce copper, silver, and gold coins for circulation. The Act specified that the government must buy the copper needed to coin half cents and cents (as raw material or as blank coins already the appropriate size for coining). But depositors such as banks and individuals provided the silver and gold. The silver and gold were either in the form of foreign coins or bullion that the Mint melted down and refined to the appropriate fineness for coining (see Changes to Coin Composition).

Below is a gallery with images illustrating the basics of 18th century coin production. The drawings are from An Essay on Coinage by Samuel Thompson. Although published in Ireland in 1783, the drawings show methods and machinery similar to those at the Mint. Screw presses fitted with a lower and upper die stamped the coin designs. They were operated by one to three men, depending on the size of the press. Smaller screw presses operated by one man were also used as cutting presses. 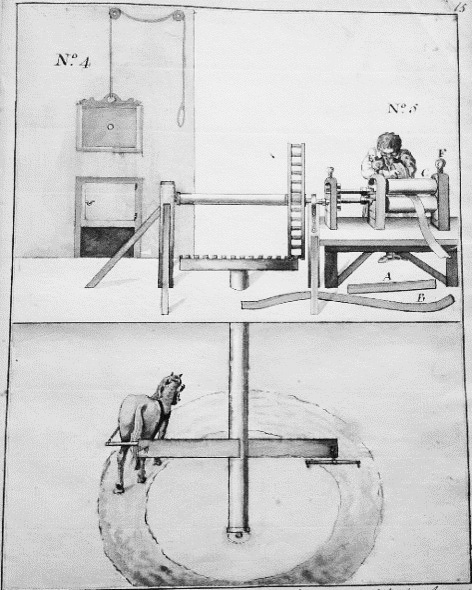 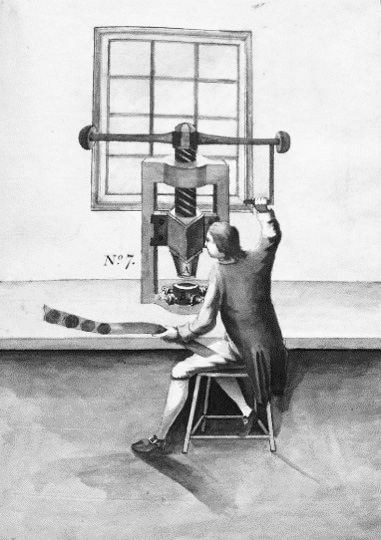 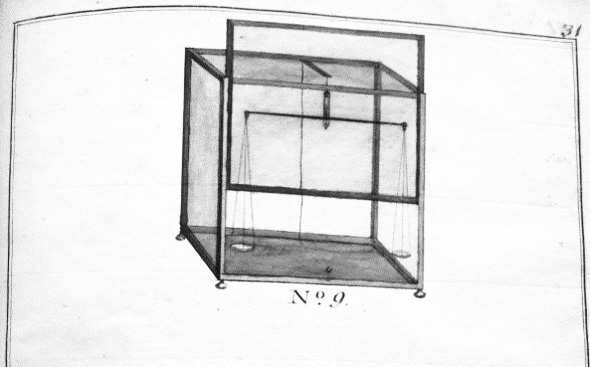 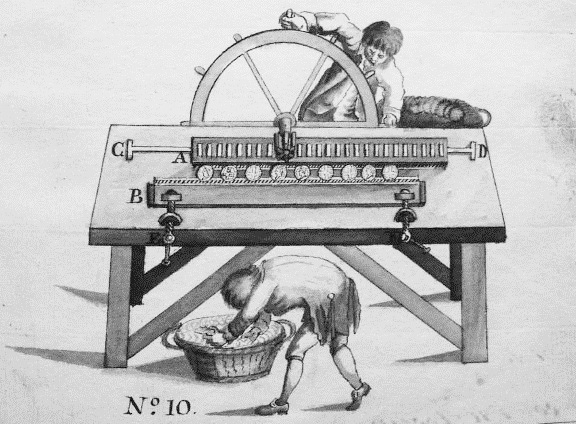 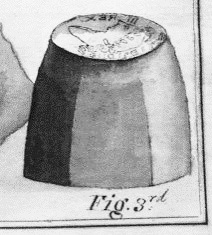 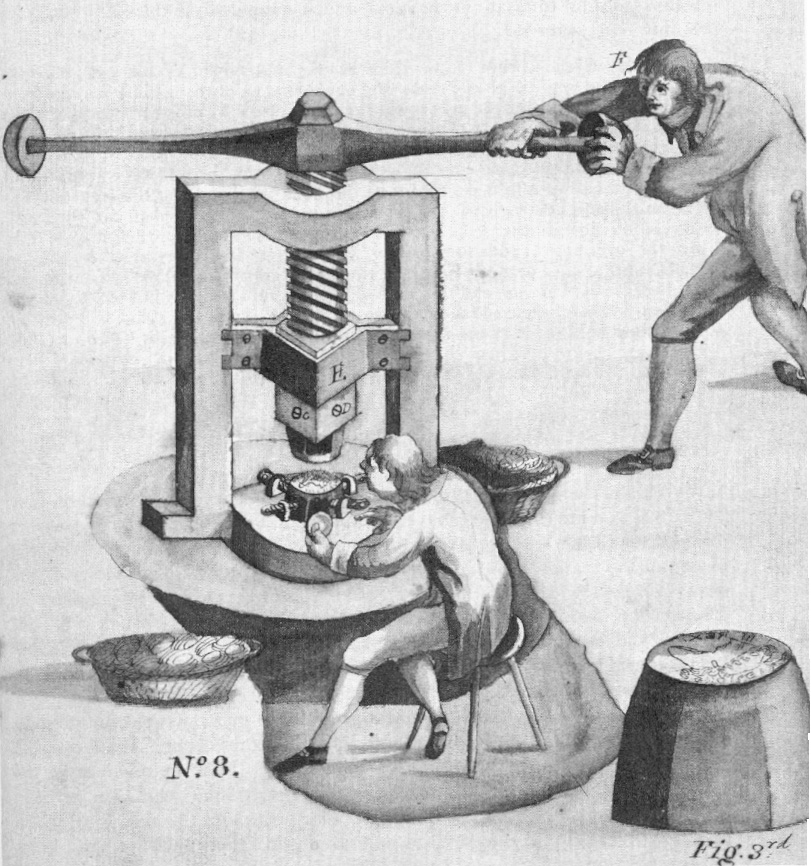 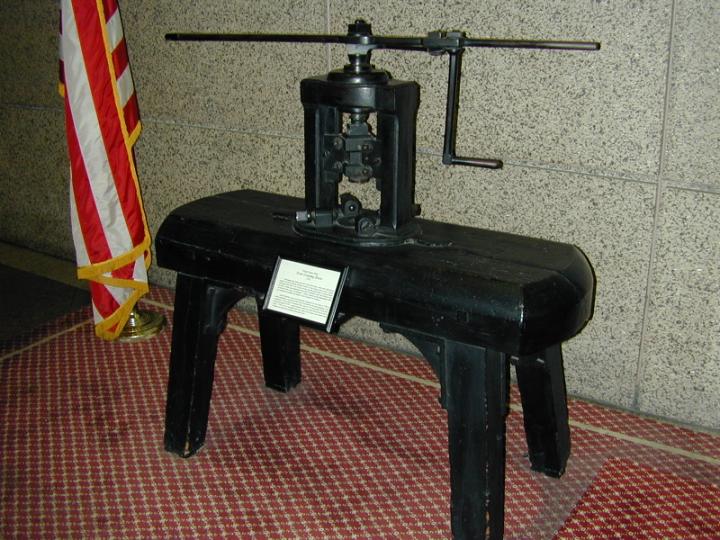 In March of 1793 the Mint delivered its first circulating coins: 11,178 copper cents. Silver coin production started the following year and gold coinage began in 1795. Coining was slow; it’s possible that each press could only produce a couple dozen coins per minute. The Mint couldn’t produce the quantities of coins needed for circulation. Congress allowed certain foreign coins, in circulation since the colonial days, to continue as legal tender.

The Switch to Steam Power

The 19th century ushered in the use of steam power, and big changes in coin production. In 1816, rollers and cutting presses were the first machines powered by a steam engine. Then in 1833, the Mint hired Franklin Peale to travel to mints in Europe to observe their processes. He brought back many ideas for advancements to the Mint and its equipment.

Two years after Peale returned, the Mint built steam-powered coining presses modeled after those used in Europe. A single person operated a press, dropping blank coins down a tube to feed between the dies. Coin production became a lot less labor-intensive, opening up many jobs to women. 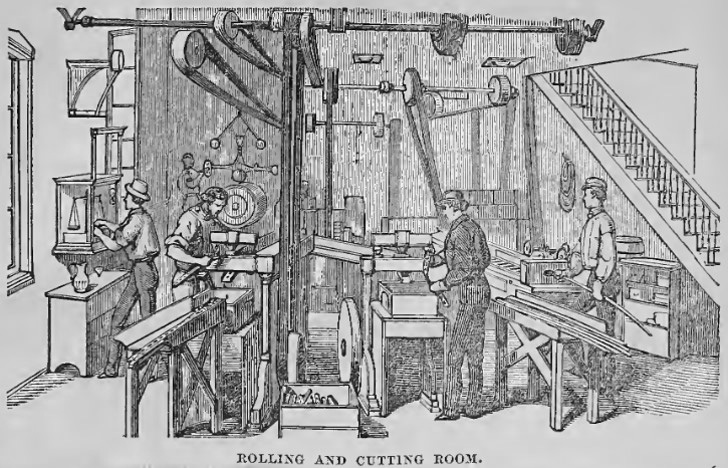 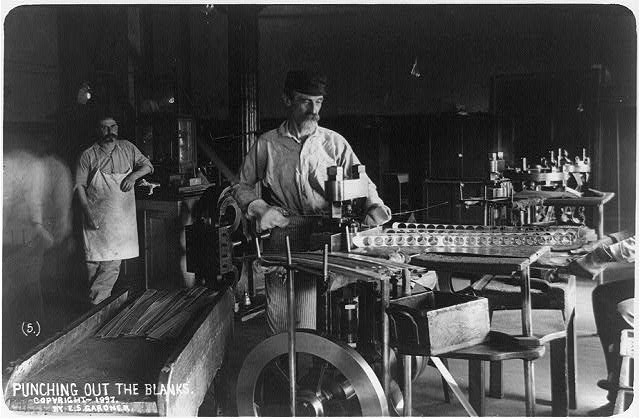 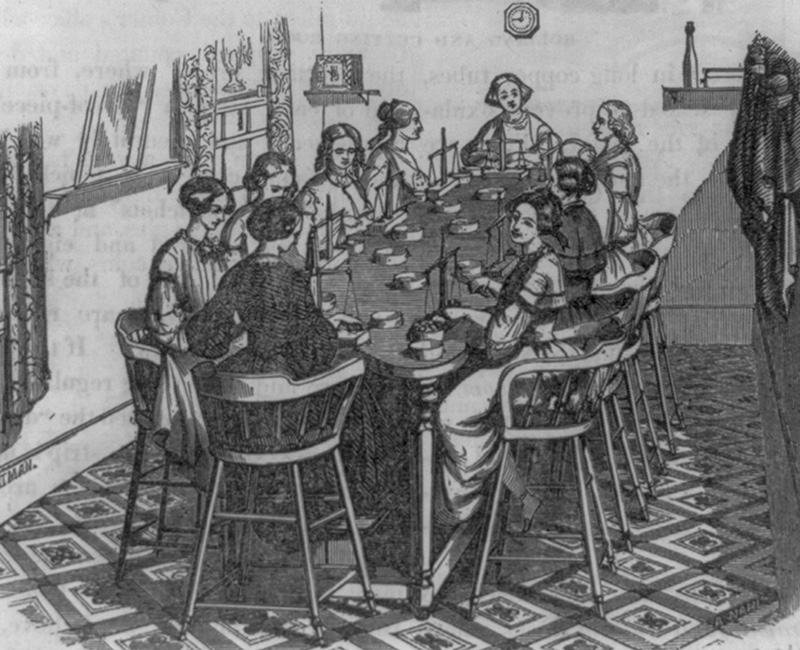 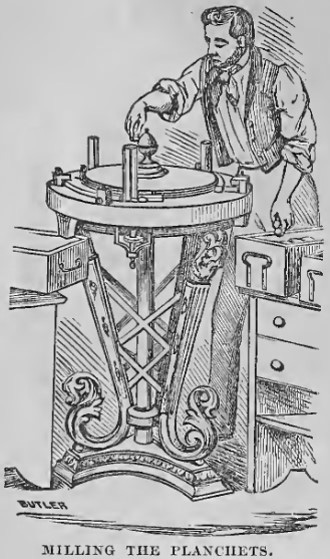 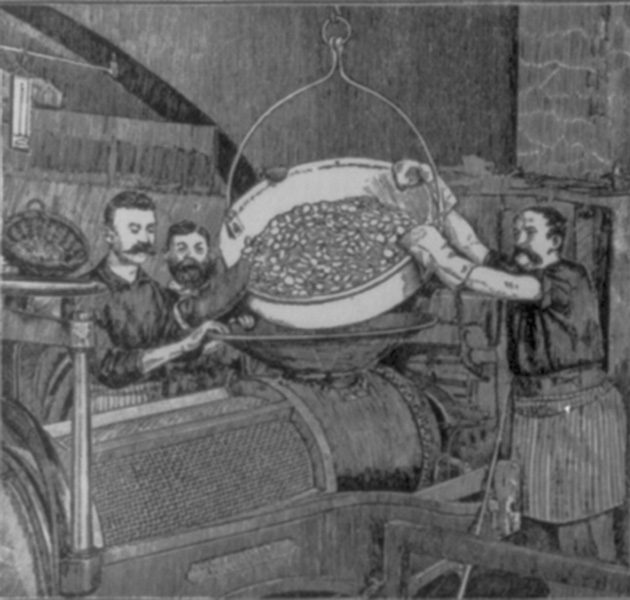 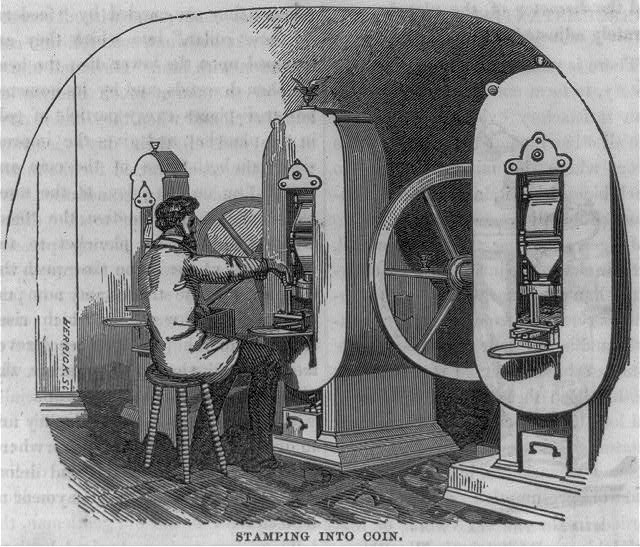 The new presses dramatically increased production numbers, with each press capable of making around 100 coins per minute. That, combined with the opening of other branch Mints, brought coinage to the levels needed for the country’s circulation. In 1857, Congress passed a law to ban all foreign coins from circulation.

Electricity and the Modern Age

In 1901, the third Philadelphia Mint facility opened with new, upgraded equipment. Electricity replaced steam to power all aspects of coin production. Throughout the 20th century, advances in machinery led to further increases in coin production numbers.

Watch the video below for a tour of coin production at the Philadelphia Mint. Or explore our Production Process articles.

Copper coins, such as the penny, started as pure copper, but rising copper prices led to changes in composition. In 1857, the Mint added nickel to the copper, but switched to tin and zinc in 1864. For the year 1943, pennies became zinc-coated steel because copper was essential to the war effort during World War II. But the Mint also struck a limited number of copper pennies. In 1962 tin was eliminated, and in 1982 the penny became primarily zinc with only 2.5% copper.

Silver coins (half dime, dime, quarter, half dollar, dollar) originally consisted of a fineness of .8924, changing to .900 in 1837. In 1866, the new five-cent coin became the first to eliminate silver with a new composition of copper and nickel. It gained the name “nickel” from its composition. In 1965, the dime and quarter followed, and in 1971, none of the circulating coins contained silver.

Gold coins originally consisted of a fineness of .9167, changed briefly to .8992 in 1834, and in 1837 became .900. In 1933, as part of legislation to stabilize gold value during the Great Depression, the Mint stopped producing gold coins. The legislation also banned private ownership of gold coins and bullion. The law changed in 1974, but the Mint no longer used gold for circulating coinage.

The Mint has always produced more than just coins. In the early days of the Mint, the War Department contracted Mint employees and equipment to create the first silver peace medals to use for diplomatic efforts, especially toward Native American tribes. The Lewis and Clark expedition carried peace medals to distribute to the tribes they encountered. The Mint also produced military awards, including the Silver Star, Bronze Star, Purple Heart, and Navy Cross.

In 1874, Congress authorized the Mint to produce coins for foreign governments, so long as it didn’t interfere with production of U.S. coins. The Philadelphia Mint struck two million 2 ½ centavo and 10 million 1 centavo coins for Venezuela in 1875 and 1876. In all, the Mint struck coins for more than 40 foreign governments – including Hawaii from 1883-1884 – before the practice ended in the 1980s.