How Coins Are Made: Bringing Coins Into Circulation 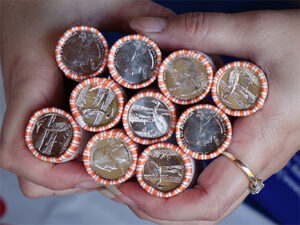 The U.S. Mint produces more than 10 billion circulating coins a year. But it doesn’t distribute circulating coins to the public. The Mint relies on Federal Reserve Banks to put the coins into circulation. Learn about how pennies, nickels, dimes, and quarters enter circulation and reach your hands.

The Mint is the issuing authority for coins. It sets the production numbers and makes the coins. Most circulating coinage is made at the Philadelphia and Denver Mint facilities.

The Federal Reserve is responsible for the country’s circulating coin inventory and distribution of coins to its depository institutions (banks, credit unions). Federal Reserve Banks buy coins from the Mint at face value.

The Mint and the Federal Reserve work together to get coins into circulation following the process below.

The new coins then become part of the circulation cycle.

New coins account for less than 20 percent of the total coins in circulation. The rest are coins made in previous years that continue circulating. The average lifespan of a coin is about 30 years. 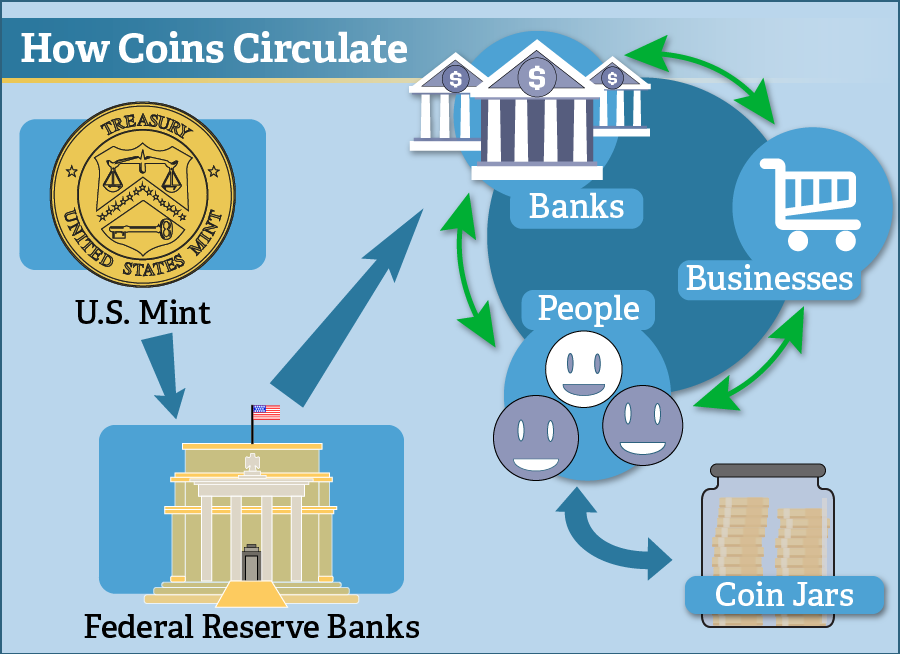 Coins circulate between banks, businesses, and people. Banks not only distribute new coins they receive from the Federal Reserve Banks, but also old coins. Banks can return excess coins to Reserve Banks, which re-distribute the coins to other banks and take worn coins out of circulation. Businesses deposit coins in banks and also receive coins. Coins are also exchanged between businesses and people.

When people keep coins to drop in change jars, piggy banks, or collections, they take the coins out of circulation. The coins return to circulation once people spend them or deposit them in banks or at coin exchange kiosks.

How Coins Are Made Series

See more Inside the Mint articles.